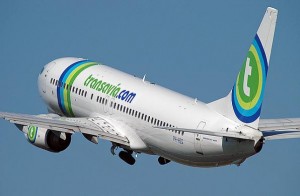 Transavia.com, the low cost airline of the Air France-KLM Group, recently opened its sales to Paris from Thessaloniki, Greece.

Transavia.com will offer three flights per week (every Tuesday, Thursday and Saturday) between Thessaloniki and Paris.

“It is a pleasure to welcome Greek passengers on board and offer them an attractive price. We believe very strongly in the Thessaloniki route and we want to stay and grow further in the coming months,” said Herve Kozar, chief commercial officer of transavia.com.

The first flight from Thessaloniki to Paris will be operated on 5 May 2015.

Transavia.com is represented in Greece by Galant Hellas.