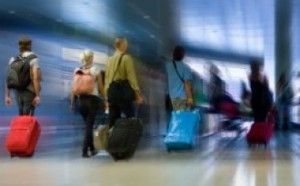 The International Air Transport Association (IATA) has announced a new arrangement to help passengers impacted by airline bankruptcy. A voluntary agreement on behalf of its members flying to, from and within Europe will cover the repatriation of passengers unable to return home due to an airline ceasing operations as a result of financial failure.

“Passengers left stranded in the rare and unfortunate event of an airline bankruptcy will be offered ‘rescue fares’ from airlines to ensure they can get home,” said Tony Tyler, IATA’s Director General and CEO, speaking at a round-table meeting with journalists in Brussels last week. The agreement formalizes a long-standing custom that many airlines have traditionally offered in these rare instances.

Under the agreement, in the event of an airline bankruptcy, IATA member airlines flying to and from the EU will make their best efforts to offer repatriation to passengers stranded away from home. These passengers will be provided access to discounted transport to return home, subject to available capacity. The “rescue fares” of a nominal amount will be available for purchase up to a maximum of two weeks after the event to anyone flying to and from or within Europe who does not already possess insurance covering this eventuality. States responsible for the licensing of the insolvent airline should also play their role in communicating to stranded passengers the possibility of this rescue service.

The European Commission has estimated that between 2011 and 2020, only 0.07 percent of all passengers could be affected by airline bankruptcy, and of them, only 12 percent would require assistance in getting home. A permanent statutory fund to aid passengers in such situations has been a topic of considerable discussion. The airline industry has opposed such a fund as financially prudent airlines would be subsidizing riskier airlines. More importantly, estimates of the bureaucracy needed to run the fund suggest that up to 85 percent of the money would be eaten up in administration.

“A compulsory levy on airlines to deal with repatriation would not serve anybody’s interest. We commend the European Commission for resisting this and for encouraging airlines to adopt this coordinated and customer-focused approach,” said Tyler.