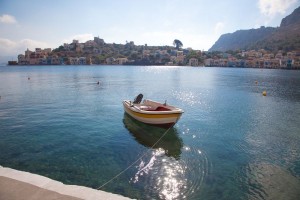 The need to draw up and implement an innovative strategy for the sustainable development of Greece’s maritime sector was the focus of the ESPON conference held this month in Piraeus.

Speaking at this year’s event organized by the Piraeus Port Authority (OLP) under the title “Geopolitical Dimension of Blue Growth, Energy and Maritime Security Issues with Emphasis on the Mediterranean”, Greek Tourism Confederation (SETE) general secretary George Vernicos said that Greece can make the maritime sector a driving force of the economy with an integrated maritime policy that includes blue development, fisheries issues, the protection of the marine environment, the exploration and exploitation of Greece’s submarine mineral resources.

“It is certain that the future of Greece is largely associated with blue growth, tourism, shipping, renewable energy sources and tapping into the country’s energy resources, investment and innovation,” Mr. Vernicos said.

However, achieving the goals set out requires strong political will, social cohesion, political stability and solid actions which respect national sovereignty and Greece’s rights under international law as well as good neighborly relations, he said referring to territorial waters issues in the Aegean.

The development of the maritime economy and the promotion of Greek maritime interests requires an integrated strategy by all related ministries, coupled with a diplomatic presence and a comprehensive foreign policy, especially in the area of southeast Europe and the eastern Mediterranean.

Vernicos said the overall contribution over the last two years of tourism to GDP and the dynamics of Greek shipping were two of the country’s advantages, while making special mention to initiatives and actions aimed at the country’s energy independence related to gas pipeline routes, the diversification of energy sources and the exploration and utilization of Greece’s energy resources.

With a budget of 47 million euros, the ESPON (European Observation Network for Territorial Development and Cohesion) program is 75% funded by the European Regional Development Fund and 25% by 31 participating countries, 27 EU members, Iceland, Lichtenstein, Norway and Switzerland.