Plans to revamp Panepistimiou Ave as well as the property along the Faliro coast will continue as scheduled, Infrastructure minister Michalis Chrysochoidis said recently.

In this direction, the minister announced the bidding process in the coming days for flood control works estimated to cost 50 million euros in efforts to win back confidence in the government. 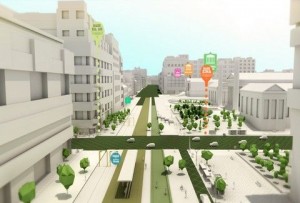 The minister’s response came in response to media reports that the European Commission had expressed its objection to works along the Faliro coastal front and along central Athens Panepistimiou Avenue, claiming that plans were “ornamental”.

“In this country the government runs the show,” Mr. Chrysochoidis said as reported in Kathimerini daily.

Reports claimed that the Commission had called on the Greek government to re-examine the projects up for completion through the NSRF (National Strategic Reference Framework) grants. The Commission says it cannot fund “ornamental” works when other priority projects are still incomplete.

According to reports, the EU Commission said funds should be allocated to priority works such as Line 4 of the Athens Metro and the completion of the country’s highways.

“The Commission did not reject any plans,” Mr. Chrysochoidis said.

“It merely expressed concern about the progress of the two works expected to cost approximately 500 million euros so that other works won’t lag behind.”

According to sources cited in Kathimerini, the Commission had already expressed its objection to the two projects last summer and last week requested the government slash the projects all together to make room for more urgent works.

The Onassis and the Stavros Niarchos foundations, which both funded studies for the overhaul of Panepistimiou Ave and the Faliro Delta, expressed concern and disappointment over the recent developments.