Greek Air, Ferry, Rail, Bus Services to be Affected by Strike on Thursday 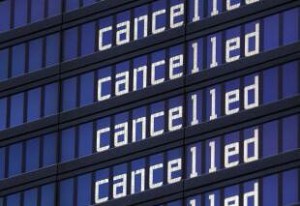 Flights in Greece will be disrupted and there will be no ferry services in the country on Thursday, 27 November, as the Greek Air Traffic Controllers’ Association and the Pan-Hellenic Seamen’s Federation (PNO) will participate in a 24-hour general strike.

The Hellenic Railways Organization (OSE) will also take part in the strike so there will be no services on the Attica suburban railway (Proastiakos) and intercity trains for 24 hours.

Metro Line 3 (blue line) will operate only until Doukisis Plakendias station. There will be no metro service to the Athens International Airport.

The tram will run only from 9am until 5pm.