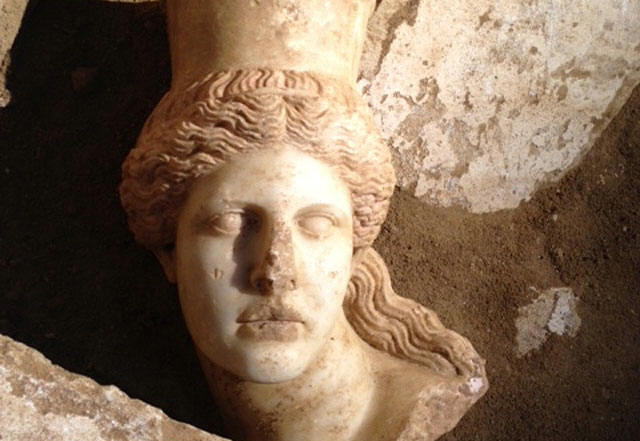 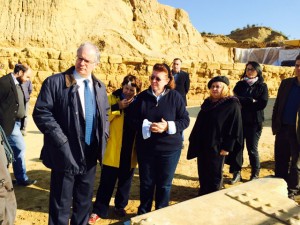 Greek Culture and Sports Minister Kostas Tasoulas said on Saturday, 22 November, that excavation works at the Amphipolis tomb, which has the world on edge as to the identity of the person buried there, are now entering a new phase which will prove to be promising and full of important new findings.

The vast grave in northeastern Greece, which dates back to Alexander the Great’s era and recently revealed skeletal remains, will undergo special scanning.

“We must now proceed with a geophysical survey and maintenance of the findings,” the minister added.

Excavation works also revealed human depictions in a third area of the massive tomb, which are currently undergoing further examination.

“If you hurry, you run the risk of errors that can be detrimental,” the minister said, in efforts to explain the measured flow of information.

“This is the charm of archaeology,” he added.

Experts from Thessaloniki University will scan the tomb for further material.

The minister said the site would be open in the coming months to academics and media and in several years’ time to the public.

‘We Do Local’ Gives Greek Tourism Ventures Stamp of Approval