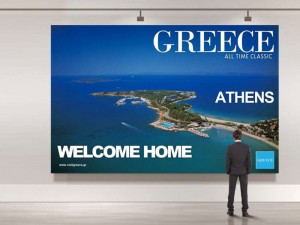 The GNTO participated in the CITM (14-16 November), which is the largest professional travel mart in Asia and has drawn the attention of professionals in the tourism industry worldwide.

Mr. Livadas also informed the Chinese travel agents that the first direct air link connecting Shanghai to Athens, which launched this year, was a great success. He said that Greece intends to launch more connections in 2015.

According to an announcement, in 2015 the GNTO will embark on a cooperation with C-Trip, China’s largest online travel agency with 140 million registered customers. Next year will also see the start of a new partnership between the GNTO and China’s leading search engine Baidu.

The GNTO will also continue an “extremely important collaboration” with Sina Weibo, the Chinese equivalent to Facebook and Twitter, for a second year in a row.

New Tourism Studies Program at University of the Aegean, Greece