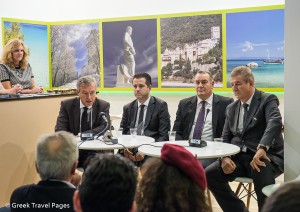 The Halkidiki region in northern Greece can draw in the crowds and boost its revenue by as much as tenfold, Greek Tourism Confederation (SETE) president Andreas Andreadis said at this year’s Philoxenia event on 13-16 November in Thessaloniki.

Speaking at a press conference organized by the Halkidiki Tourism Organization during the 30th Philoxenia event, Mr. Andreadis said the Halkidiki region will be able to see its revenue from tourism activities increase tenfold in the next decade.

The region’s tourist potential has already been demonstrated by the seven percent increase in arrivals for 2014, Halkidiki Tourism Organization president Grigoris Tasios added. Halkidiki drew in German, UK, Italian, Turkish and Dutch tourists, with arrivals expected to double in 2015 thanks to additional flights.

Mr. Tasios also referred to the five large tourist projects – two of which are already underway and expected to be completed by 2015 – in the region, which, he said, will boost employment by 3,000-4,000 positions. 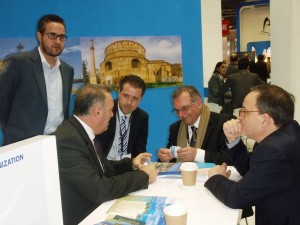 He added that the organization is also tapping into the social media as a far-reaching means of promotion.

During the World Travel Market in London earlier this month, UK-based tour operator Sunvil said it was currently promoting a plan that includes 15 tourist units in the Halkidki region. According to the Sunvil’s president, Noel Josephides, there has been a growing trend of tour agents returning to Greece with the Halkidiki region being a major destination for UK tourists especially during the low and middle seasons.

In the meantime, on 11 December, the Regional Unit of Halkidiki will be organizing a tasting event at the foot of the Acropolis under the auspices of the Greek National Tourism Organization (GNTO) featuring local cuisine and products.