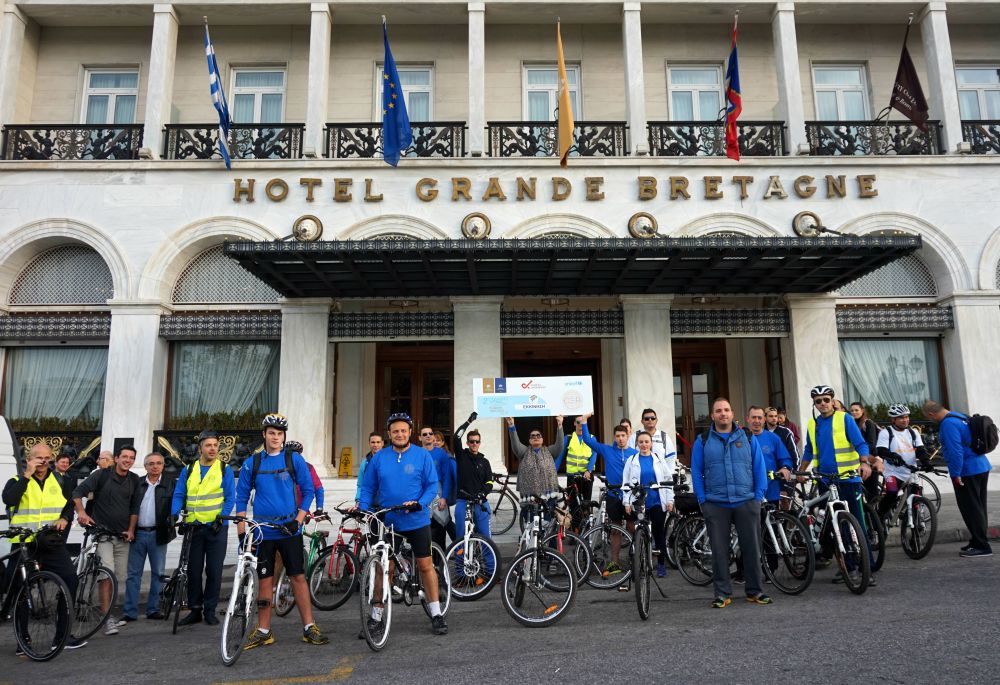 “Another bike ride for a good cause. Raising voluntary contributions for UNICEF and Children of the World.”

That was the key message of Athens-based hotels Grande Bretagne and King George in support of the Starwood EAME Road to Awareness (R2A) fundraising program for children, in line with its Corporate Social Responsibility (CSR) activity.

Road to Awareness is a Starwood initiative through which participating hotels in Europe support the work of UNICEF, with various actions. In this case, the Hotel Grande Bretagne and King George, with the help of its volunteer associates, organized the 2nd Bike Ride, Road to Awareness – Athens 2014 on Sunday, 16 November, to raise money for UNICEF until the end of December 2014.

“Last year the ride took us through the southern suburbs of Athens, passing by the Acropolis, the Panathenaic Stadium and the Peace & Friendship Stadium, in a route of 30km. This year we are northbound calling at Agia Paraskevi, Chalandri and the Olympic Stadium in a 32 km long route,” an announcement by the two hotels read.

Syntagma Square, opposite the two hotels, was the starting point for the associates.

The basic goals of this initiative were to strengthen the team spirit of the company and to support CSR activities such as the Starwood program for UNICEF.