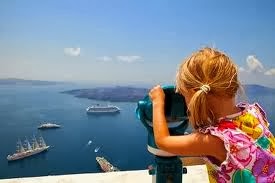 The establishment of a new annual school holiday period in Greece to boost domestic tourism has once again been suggested by the Hellenic Hotel Federation (POX).

The proposal was tabled recently by POX President Yiannis Retsos during the federation’s annual council of hotel associations, held on the sidelines of the 30th Philoxenia exhibition in Thessaloniki.

The federation’s proposal involves the establishment of a short, four-day, school break period of educational and cultural nature for students (of all levels of education). The aim is to launch family holiday packages during the winter that would include discounts and offers of local hotels and businesses.

This is the fourth year the federation is making the specific proposal.

According to Mr. Retsos, the federation’s proposal last year, which was referred to by the Greek media as “White Week” (or “Ski Week), was “misinterpreted.” He informed that what POX actually had suggested was an educational winter break for students that would simultaneously boost the economy of local communities through the development of domestic tourism.

“We recommend a break from two school days between Christmas and Easter, preferably Thursday and Friday, to result in a four-day (including the weekend) holiday of educational and low-cost character. We firmly believe that this will boost domestic traffic very much,” he said.

The federation’s president requested for Greek Tourism Minister Olga Kefalogianni to support the proposal and intervene for a meeting to take place immediately with the Education Minister, Andreas Loverdos.