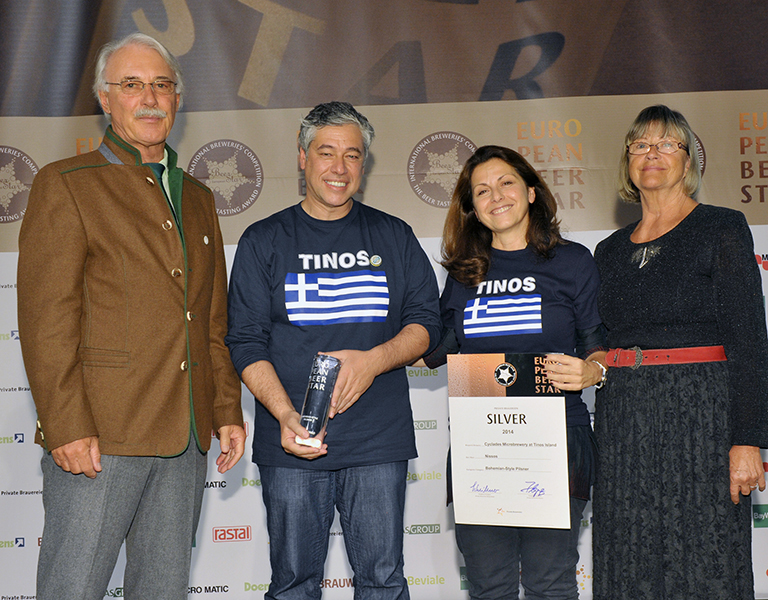 Two of the four founders of Tinos-produced Nissos beer: Maya Tsokli and Alexandros Kouris at this year’s European Beer Star Awards in Germany.

A Greek beer produced on the Cycladic island of Tinos has been awarded silver at the prestigious European Beer Star held in Germany earlier this month. 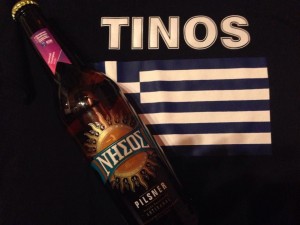 Nissos beer, a product of the Tinos-based Cyclades Microbrewery, competed among 1,613 entries from 42 countries in one of the most celebrated beer tasting competitions, the 11th European Beer Star.

Besides being the official beer at this year’s TEDxAthens, which took place at the Onassis Cultural Center on 15 November, Nissos’ latest plans include the launch next month of “7 Beaufort” – a 7% reserve special dark ale.

The Cyclades Microbrewery, founded in 2013, is housed in a revamped tavern in the Vagia village of Tinos.