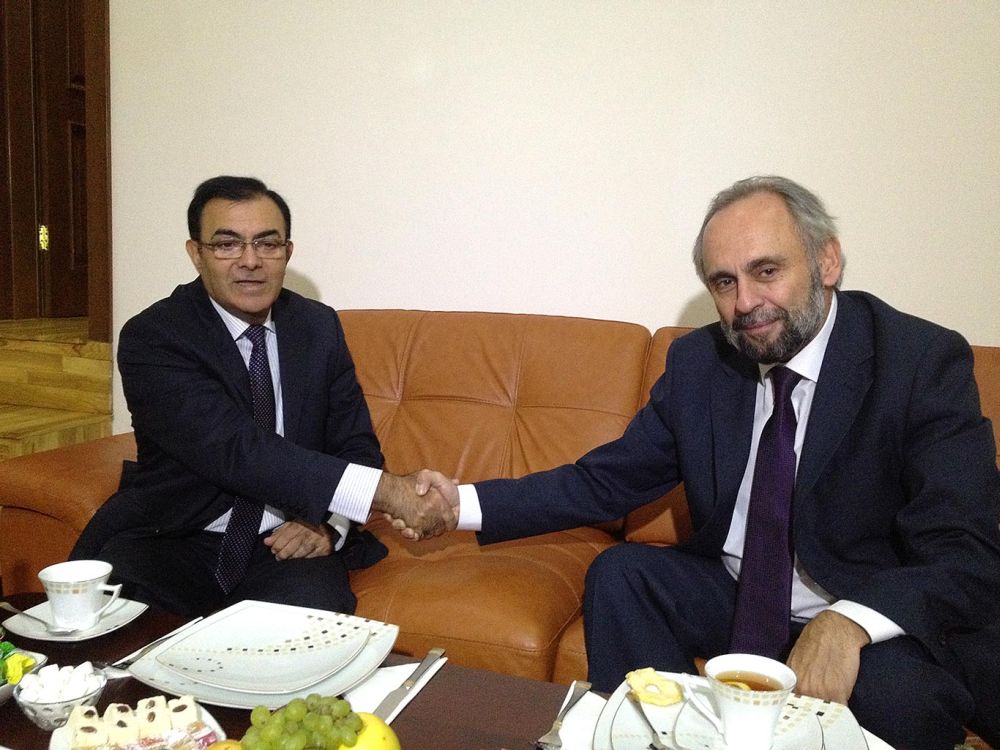 Adalat Valiyev, deputy minister of Culture and Tourism in Azerbaijan and Sotiris Chatzakis, artistic director of the National Theatre of Greece.

A cultural channel via which countries and cities along the Trans Adriatic Pipeline (TAP) route will share ideas and work together is the aim of an agreement between the Greek National Theatre and the Azerbaijan State Academic National Drama Theatre. 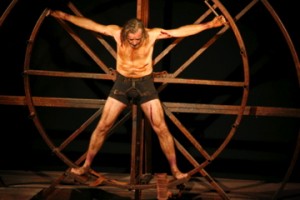 Past production of “Prometheus Bound”.

The collaborative project will feature actors from both Greece and Azerbaijan, will be presented in both languages in both countries and will then travel to towns and cities along the TAP route (Azerbaijan, Georgia, Turkey, Greece, Albania and Italy).

The two theaters signed the agreement during the 3rd Baku International Theatre Conference, which took place in the Azerbaijani capital on 5-6 November, and is expected to be finalized in February 2015 and completed by May 2016.

The Trans Adriatic Pipeline (TAP), currently in its implementation phase through to 2016, will transport Caspian natural gas to Europe, crossing northern Greece, Albania and the Adriatic Sea before coming ashore in southern Italy to connect to the Italian natural gas network.