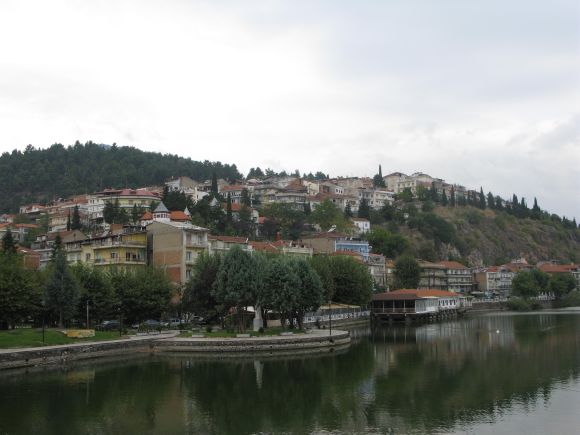 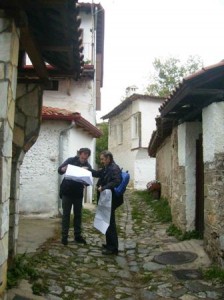 Scientific council members from the Council of Europe Development Bank, Pedro Ponce de Leon and Jose Alonso, during an inspection tour in the old town of Kastoria.

The Municipality of Kastoria is taking steps to preserve the traditional Dolcho and Apozari quarters of the city with the assistance of Europa Nostra and the Council of Europe Development Bank (CEB) by participating in the  “7 Most Endangered” sites program.

Representatives from CEB and Europa Nostra, a citizens’ movement for the preservation of Europe’s cultural and natural heritage, visited the city on 5-7 November after the municipality submitted a report for assessment.

The three-day visit included an inspection tour of the old city boroughs, including the Apozari and the Dolcho. The working group also visited important sites including churches dating back to Byzantium and mansions in order to gain a complete understanding of the needs and problems but also of the actions already taken.

“It is not just a matter of cultural heritage, although that is the most important issue. It is also that Kastoria needs to make use of its architectural heritage as one of its greatest economic assets in order to reduce unemployment and increase the flow of visitors to one of the most distinguished old towns of Greece and indeed of southeast Europe,” Europa Nostra vice-president Costa Carras said. 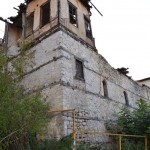 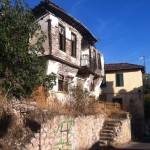 In the meantime, CEB scientific council members Pedro Ponce de Leon and Jose Alonso stressed the need to deal with the red tape that could potentially delay the approval procedure and requested additional information in order to make proposals in the coming months.

In this direction, deputy mayor for culture Leonidas Papadimitriou called for the creation of a supervising body that would ensure actions and approvals for reports move ahead swiftly.