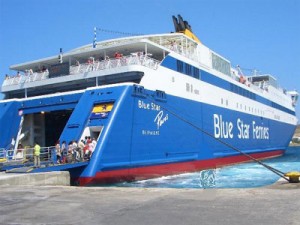 Blue Star Ferries, a Greek passenger shipping company and MSPS, an integrated marketing and sales services agency, were among the great winners at the Social Media Awards 2014.

The Social Media Awards is an annual event organized by Boussias Communications.

Blue Star Ferries and MSPS won the Silver Award in the category “Best Use of Social Media in Real Life” for the application “Travel Fun Memories”, a competition that proved highly popular among the shipping company’s Facebook fans.

All photos were included in a summer photo album on the company’s Facebook page. By “tagging” themselves, fans were entered in a draw for trips to destinations covered by Blue Star Ferries.