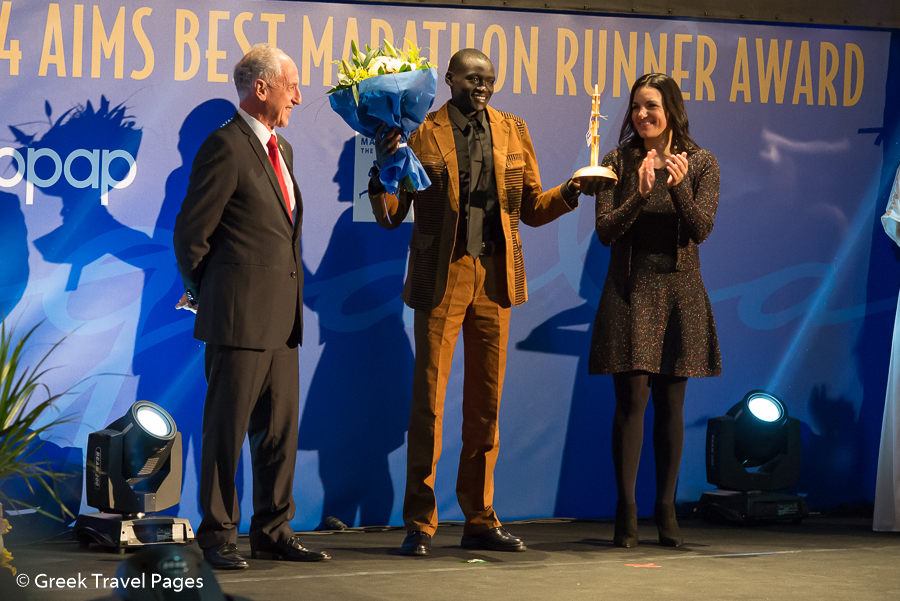 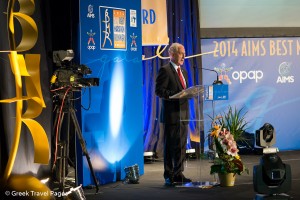 Kenyans Dennis Kimetto and Florence Kiplagat were named the 2014 AIMS Best Marathon Runners (BMR) of the Year during the association’s annual gala in Athens on Friday, 7 November.

The award was introduced by the Association of International Marathons and Distance Races (AIMS) in 2013. The athletes were honoured during a gala in the Greek capital, where the Athens Marathon will be staged on the original course on Sunday.

“It is symbolic and fitting that these two runners are honored here in Athens, where the story of the Olympic Games and the marathon began,” said Kostas Panagopoulos, the President of the Greek Athletics Federation Segas. “We feel priviliged that these two great athletes are here in Athens with us,” he added. 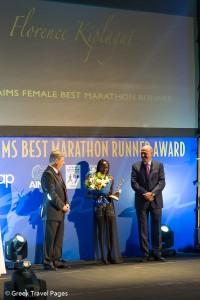 30 year-old Dennis Kimetto broke the marathon world record in the recent Berlin Marathon, clocking the first sub 2:03 time in history with 2:02:57. During the scoring period for the BMR award, which began in October 2013 and ended at the end of September 2014, Kimetto also won the Chicago Marathon. He clocked a course record of 2:03:45 in Chicago in October 2013.

Florence Kiplagat also established a world record earlier this year. The 27 year-old improved the half marathon mark to 65:12 in Barcelona. The Berlin Marathon winner from 2013 then took second in London this April with a world-class time of 2:20:24.

“We always try to reward the best runners. That is why we have the two world record holders here,” said AIMS President Paco Borao.

AIMS officials also presented three other awards during the gala, which was shown live on Greek national TV. 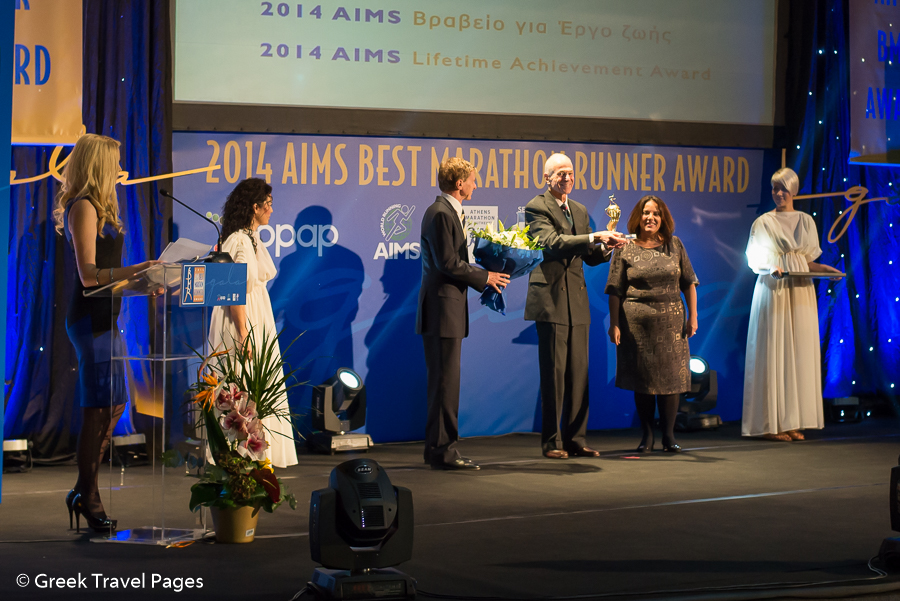 George Hirsch, the publisher of Runner’s World who is still involved in the New York City Marathon, received the Lifetime Achievement Award.

Jo Schindler, the Race Director of the Frankfurt Marathon, was presented with the Green Award for his event. The German race was honoured as being extraordinary environmentally friendly. 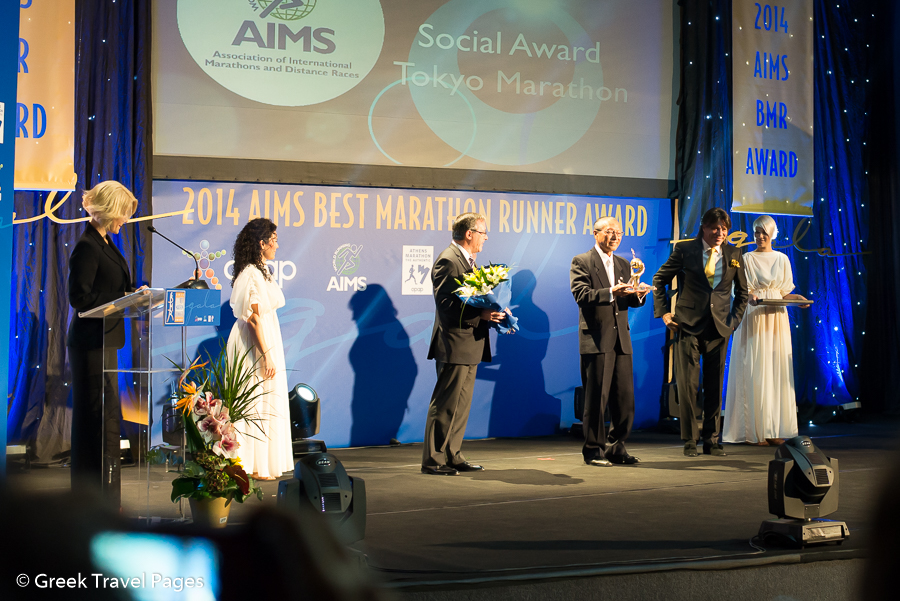 The Social Award was given to the Tokyo Marathon for its charity programme. This year participants in the race collected 1.9 Million Euros for the event’s official charity programme called Tsunagu.

The “Athens Marathon. Τhe Authentic” will take place on Sunday, 9 November, with a record number of 13,000 runners. Adding races at shorter distances on that day the total will reach around 35,000 athletes.

Athens Marathon Shows Greece Is Open All Year Round To Visitors