According to the Association of Meteora Tourism Enterprises (STEM), the Orthodox monastery complex of Meteora received unprecedented promotion at this year’s TBEX event, competing among other popular destinations such as Visit Britain, amazingThailand, Ireland.com, Cancun Mexico, Visit Stockholm and Visit Quebec.

One of the largest media fam trips hosted in Athens, TBEX offered some 850 travel bloggers from 50 countries the opportunity to learn more about Greece.

STEM reported an increase in the number of travel bloggers visiting Meteora in the three days of the event, and added that further fam visits have been planned for next year.

Asked whether they were familiar with Meteora as a Greek destination, 50 percent of the participating bloggers said they became aware of the region at TBEX, with those visiting Meteora, doing so for the first time. In a statement, STEM expressed its satisfaction with the promotion that Meteora received during the three-day event and said that the number of photos, stories and posts increased following the bloggers’ tour of the region as well as after a brief introduction to the region’s culinary traditions with food and wine tasting sessions. 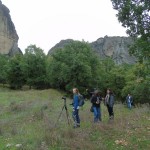 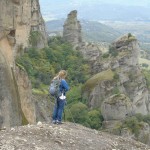 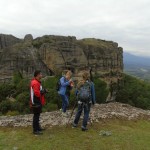 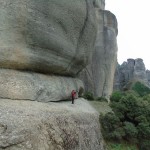 Translating to “suspended in the air”, Meteora is home to six monasteries built on natural sandstone rock pillars in central Greece, near the town of Kalambaka. Meteora is listed as an UNESCO World Heritage site.

Organized by the Municipality of Athens, the TBEX Europe 2014 conference resulted in tweets about the Greek capital reaching some 11.7 million Twitter users, according to the Athens Convention and Visitors Bureau (ACVB).