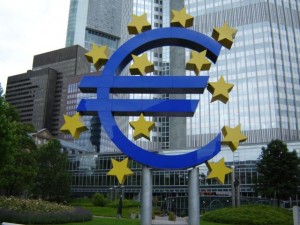 Following the clean bill of health that Greek banks secured from the recent European Central Bank stress tests, the president of the Greek Tourism Confederation (SETE), Andreas Andreadis, stressed the need for the real economy to be financed and for non-performing loans to be dealt with effectively with immediate support towards the healthy and sustainable tourism businesses.

On Sunday 26 October, Greek banks received a clean bill of health from the European Central Bank. According to results of the stress tests Frankfurt performed on the four systemic banks of Greece, Alpha and Piraeus have completed the exercise successfully.

On the other hand, Eurobank and National (Ethniki) need to cover the negligible amount of 291 million euros in total. “Eurobank has practically no shortfall and National Bank of Greece has no shortfall,” an ECB statement read.

“While the deposits in Greek banks in August and September increased by 1.5 billion euros due to the increase of our tourism, bank credit expansion to businesses continued with negative rates of some -3,5 percent in September,” Mr. Andreadis said.

He added that following the successful completion of the stress tests, there is no longer any excuse for inadequate financing, at a reasonable cost, of the real economy and tourism businesses.

In regards to non-performing loans, SETE’s president called for a remission of late payment penalties by extending the repayment periods of loans and rationalizing the interest rates.