The Swedish public is invited to take a seat in “court” as Socrates goes on trial for his life. 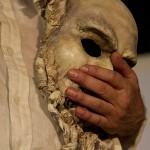 Αfter a successful tour all over the world, with 350 performances in 17 countries, Plato’s timeless classic The Apology of Socrates will come to life with “Socrates Now” in Stockholm, Sweden, as part of the cultural program of the Grekland Panorama tourism fair.

Five performances, starring Emmy Award winner Yannis Simonides, will be given during 13-17 February 2015 in Stockholm. The performances will be presented in English with Swedish subtitles.

Socrates Now is a 75-minute solo performance that captures the essence of Socratic ethics in an accessible and engaging manner. The play features a delightful and quite humorous dramatization of the famous philosopher’s defense and his rebuttals to a guilty verdict and sentence to death.

The Swedish audience will hear the philosopher face his accusers with his trademark wit, cutting logic, and the courage of his ideals. 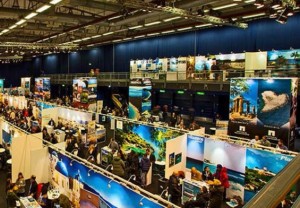 Grekland Panorama is a dedicated travel and taste fair for Greece and showcases destinations, hotels and tourism enterprises. The fair, organized by North Events, will take place 13-15 February at the Ericsson Globe exhibition center in Stockholm.

The “Socrates Now” performances are part of a cultural event program organized that will take place within the framework of the Grekland Panorama fair, to support and promote Greek culture in Sweden.

Greek Travel Pages (GTP) is one of the main media sponsors of the fair.