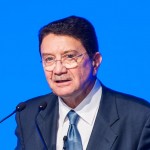 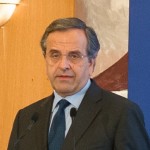 In a conversation in front of the TV cameras, Mr. Samaras said he was “happy” that the secretary general of the UNWTO was in a country which “progresses, in terms of tourism.” On his part, Mr. Rifai expressed his hope “for even more progress.”

“Tourism is essentially the main drive for economic development… What happened here was a lack of liquidity… And tourism provides immediate liquidity, with a very high multiplier effect. This was very important,” Mr. Samaras stated.

According to Mr. Rifai, tourism can influence a range of offered services in Greece such as those provided by  taxi drivers, bakers, shop owners and souvenir vendors. “Everyone has something to offer,” he said.

On her part, after the meeting, Tourism Minister Olga Kefalogianni said that after two and a half years of hard work, Greece has a high place on the global tourism market.

“The tourism markets and international tourism stakeholders show confidence in Greece and actively support the rise of tourism,” she said.

Mrs. Kefalogianni underlined that she was confident that “everything will go well” for next year’s season.

The secretary general of the UNWTO, also applauded Greece for launching measures to support the tourism sector that include facilitating the visa issuance process and reducing the VAT rate charged on hotels.

“All these measures enhance the competitiveness of Greek tourism and send a very strong political message for the protection of this sector,” he said.