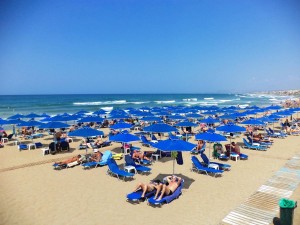 The number of foreign tourist arrivals to Greece in August this year reached 4.88 million people, rising by 25 percent compared to the same month in 2013, Bank of Greece data revealed on 22 October.

According to the data, the number of tourists visiting Greece from January to August 2014 surpassed 15.3 million people, an increase of 22.1 percent.

During the first eight months of the year, Greece saw a major increase in arrivals from the United States (24.8 percent), France (20.7 percent) and the United Kingdom (15.6 percent).

The increase in tourist arrivals had beneficial effects on revenues, which grew by 11.1 percent compared to the same period of 2013 and amounted to 9.37 billion euros.