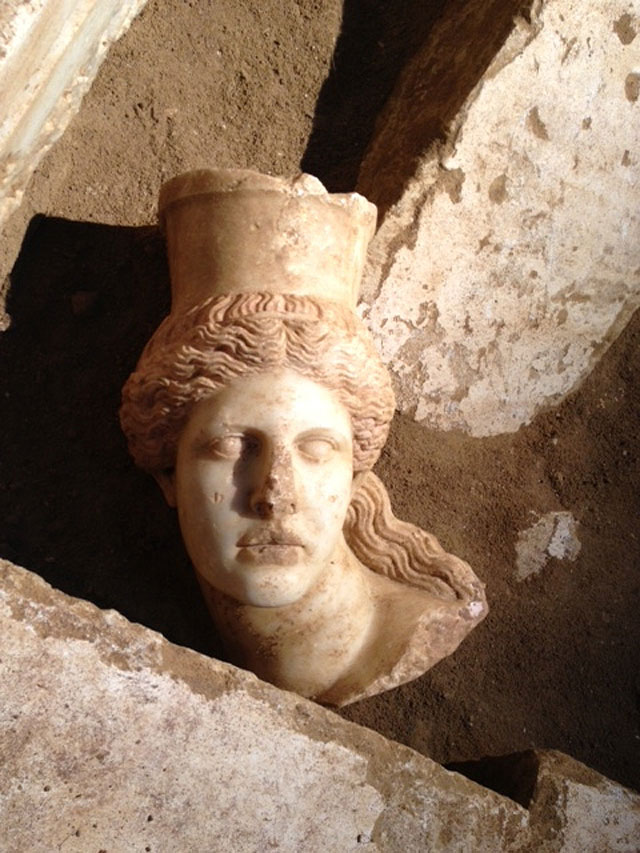 A marble head that belongs to one of Sphinxes guarding the entrance of the large burial mound in Amphipolis, northern Greece, was discovered on 21 October during excavations in the third chamber.

According to an announcement by the Greek Culture Ministry, the missing Sphinx’s head was discovered in a 0.15m depth, is intact with minimal breakage on the nose and has a height of 0.60 m.

The head has been identified and is assigned to the body of the Eastern Sphinx. 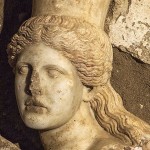 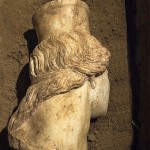 The point of insertion of the rest of the body at the bottom of the neck survived undamaged. The sphinx has wavy locks that bear traces of red color, which fall on its left shoulder and is retained by a thin strip.

“This is a sculpture of magnificent art,” the culture ministry said in the announcement.

Also found were some fragments of the wings of the Sphinxes. 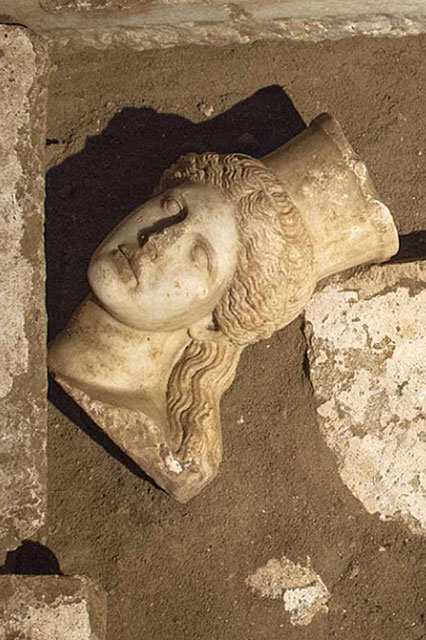