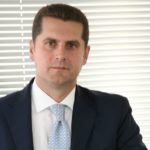 “Greece is an important destination for TUI, which has been supporting Greek tourism for over 50 years,” the managing director of TUI Hellas, Michael Mavropoulos, told journalists during a recent media briefing in Athens.

TUI Hellas is part of TUI Travel PLC, one of the world’s leading international leisure travel groups, and works with 2,800 hotels in 18 destinations in Greece. It is estimated that some two million customers of TUI vacationed in those destinations this season, contributing to Greece’s tourism record this year.

Stability in Greece is essential

Mr. Mavropoulos underlined that the key factor for the travel giant’s further development in the Greek market is if stability in the country is maintained on all levels.

“TUI invests in Greek tourism, with special emphasis on the quality and diversification of the tourism product, which are the two most important pillars of our strategy for the further development of tourism in the country,” Mr. Mavropoulos informed journalists.

TUI can contribute to extending the tourism season in Greece 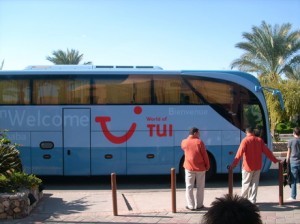 Furthermore, Mr. Mavropoulos underlined that the extension of the tourism season in Greece is a strategic issue and that TUI has the expertise and experience to create the ideal hospitality environment for visitors during the off season. “The effort, however, requires coordinated action by all professionals and industry bodies,” he said.

According to Mr. Mavropoulos, TUI aims to further promote tourism in Greece beyond the classical “Sun & Sea” model, thus promoting a tourism product that focuses on culture, local traditions, gastronomy and also various forms of sports such as hiking and climbing.

Culture: A competitive advantage for Greece

“There is no tourism in Greece without culture. Our cultural heritage is unique and puts Greece in a privileged position compared to most tourist destinations around the world,” Mr. Mavropoulos said.

Mr. Mavropoulos said that the TUI group firmly believes in the importance of Greek culture and that more attention should be given to its promotion abroad to attract more travelers.

“Greek culture is that ingredient that ultimately differentiates a visitor’s travel experience in a destination in Greece compared to any other destination in Europe or elsewhere,” he added.

On 21 October, the CEO of TUI Travel PLC, Peter Long, will speak at the 13th Tourism & Development Conference of SETE and inform Greek professionals on the prospects for 2015.