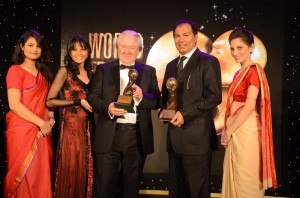 Air New Zealand has been named Australasia’s Leading Airline at the 2014 World Travel Awards for the sixth year in a row.

The airline was also awarded Australasia’s Leading Airport Lounge for the Air New Zealand Lounge at Christchurch International Airport for the second year in a row.

The annual awards, voted by travel and tourism professionals across the globe, recognise the airline’s continuing excellence over the past 12 months.

“We’ve placed strong emphasis on enhancing the customer experience at every touch point in the customer journey. It’s fantastic to have this work recognized by these awards which are testament to the efforts of our staff who work incredibly hard to deliver our unique Kiwi service every day,” said Ms Hurihanganui.

The 2014 World Travel Awards were announced on 10 October in New Delhi, India.

Greek Restaurant Among TripAdvisor Top 25 In The World

Scorpios, Greece, Among Top 10 Millionaires’ Paradise Islands In The World