Prominent international lawyers will inform the Greek Government on legal options for the return of the Parthenon sculptures that are presently on display in the British museum. 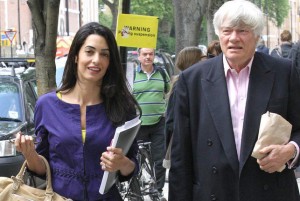 During 13 and 16 October, Prime Minister Antonis Samaras, Deputy Prime Minister Angelos Venizelos and Culture Minister Konstantinos Tasoulas will meet in Athens with Geoffrey Robertson QC and Amal Alamuddin Clooney from London-based “Doughty Street Chambers” legal firm and Noman Palmer, a leading QC specialising in cultural property law. The chairman of the International Association for the Reunification of the Parthenon Sculptures, David Hill, will also be present at the meetings. Mr. Hill organized the meetings at the request of PM Antonis Samaras, an announcement on the association’s website informed.

According to the Doughty Street Chambers, Mr. Robertson and Mrs. Clooney were first asked to provide legal advice to the Greek government on this matter in 2011. In 2006 Mr Robertson led the legal initiative which required the Natural History Museum to return the remains of Tasmanian Aborigines.

Mrs. Clooney’s involvement with the Parthenon Marbles follows the statements made by her now husband, George Clooney at the premiere of the film Monuments Men earlier this year, which had sparked an angry response by London Mayor Boris Johnson. 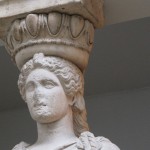 The meetings of Greece’s government officials with international lawyers to discuss the issue of the Parthenon sculptures follows a meeting between Greek and British officials that recently took place in Paris under the framework of the 19th Session of UNESCO’s Intergovernmental Committee for the Restitution of Cultural Property.

The meeting resulted in a formal recommendation towards the UK government to accept a UNESCO mediated process to resolve the issue. Britain has a deadline of six months to respond.

This is the first time that UNESCO acts as a mediator between countries facing a cultural dispute.

TAIPED: Three Binding Offers Made For 14 Regional Airports In Greece