Museums And Sites In Greece Welcomed More Visitors In June 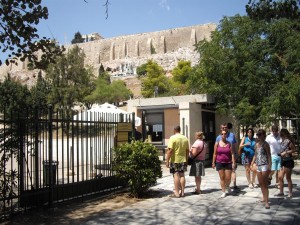 According to the data, museums recorded an increase in visitors by 27.7 percent and a 30.1 percent rise in receipts in June compared with the same month last year. The country’s archaeological sites welcomed 21.3 percent more visitors and collected 14.3 percent more revenue.

During the January-June 2014 six-month period, visitors to Greece’s museums and archaeological sites were up by 26.4 percent and revenue increased by 19 percent.

More specifically, museums in Greece saw a 20.2 percent increase in visitor numbers and a 26.6 percent increase in revenue from receipts, compared to the same period of 2013. Likewise, during the first half of the year, visitors to archaeological sites were up by 24 percent while receipts rose by 17.1 percent.

Greek tourism growth reached a record high this year. The country’s tourism minister, Olga Kefalogianni, recently informed that “the goal of 20 million visitors may become a reality by the end of the year.”