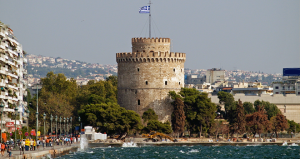 Thessaloniki in Northern Greece will be one of the 22 new European destinations SWISS will be adding to its Zurich-based European network with the start of the 2015 summer schedules.

According to an announcement, 16 of the new points – Naples, Bari, Bilbao, Porto, Toulouse, Leipzig, Dresden, Graz, Gothenburg, Helsinki, Riga, Krakow, Ljubljana, Sarajevo, Sofia and Zagreb – will be provided with year-round service, while six of them – Palermo, Brindisi, Malta, Thessaloniki, Izmir and Santiago de Compostela – will be served in the summer months.

Parallel to this, SWISS will also be expanding its range of services from and to Geneva, with the addition of 16 weekly Geneva-Lugano flights. 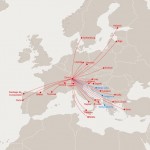 “The innovations will give SWISS a highly attractive timetable with more non-stop connections than ever, to meet the needs of the Swiss people, the Swiss economy and the Swiss tourist sector,” the announcement read.

The addition of new and attractive destinations to its Zurich network is part of the SWISS’ “Next-Generation Airline of Switzerland” strategy that includes advanced aircraft and further product enhancements over the next few years.