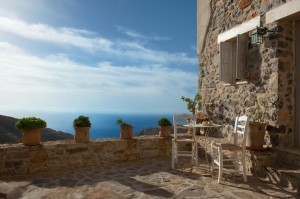 A 35 percent increase in bookings at small, family-run, traditional and agrotourism lodgings in Greece was noted this summer, compared to last year, according to the Greek network of rural accommodation, Guest Inn. The surge in bookings was mainly recorded during April and May, while reservations are continuing on a satisfying rate in October.

Meanwhile, early bookings at lodgings of the Guest Inn network for stay during spring and summer 2015 have already started since July.

According to Guest Inn, the average rise of overnight stays per guesthouse this year reached 5.5 compared to the 4.7 overnights in 2013, while turnover per guesthouse saw a 20 percent increase.

This year’s preferred destinations for stay at Greek rural accommodations were Crete and the Cyclades, with the Peloponnese, Thessaly and the mainland following closely.

The main clientele of the Guest Inn network is from France (78 percent) as for the past 10 years, the network’s member lodges have been advertising in French travel guides, magazines and newspapers. 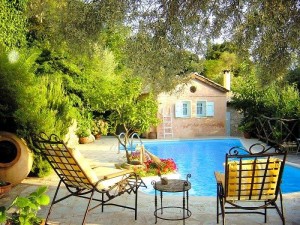 Guest Inn is a member of the European Federation of Farm and Village Tourism, EuroGites, since 2004. The network has more than 250 accommodations-members throughout Greece and offers unexplored destinations to travelers in search of “something different.”

“Outdoor tourism, with a total revenue of over 100 billion euros and with more than six million beds in 500,000 lodgings throughout Europe, re-enforces the local economies and revitalizes the countryside,” the network underlined in an announcement.