Edelweiss Air To Expand Service To Greece In Summer 2015 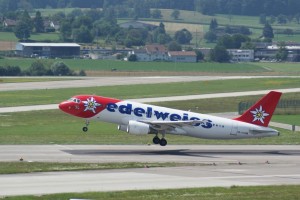 Edelweiss Air will expand its connectivity to Greece in Summer 2015, the Zurich-based subsidiary of Germany’s Lufthansa Group announced on 29 September.

The airline will add Corfu to its network and increase its flight frequency to Heraklion, Crete, according to its summer timetable 2015.

Next summer’s schedule is valid from 29 March to 24 October. Final dates for the launch of new or extended services have not been officially confirmed yet.

New destinations in southeast Europe include Banja Luka (Bosnia & Herzegovina) and Podgorica (Montenegro), while the number of flights to Pristina (Kosovo), Skopje (Macedonia) and Split (Croatia) will be increased.

Hilton Athens Invites Guests To Support A Good Cause This Winter