During the first eight months of the year, hotels in Athens, Greece, saw 390,000 more overnight stays compared to 2013, according to data revealed on 20 September at a joint press conference held by the Athens-Attica & Argosaronic Hotel Association, Marketing Greece and Athens International Airport.

The president of the local hoteliers, Alexandros Vassilikos, said that during the January-August 2014 period, hotel occupancy in Athens recorded a 22.3 percent increase, compared to the same period last year, while the average room rate increased by 4.9 percent. Revenue per available room also grew by 28.3 percent. 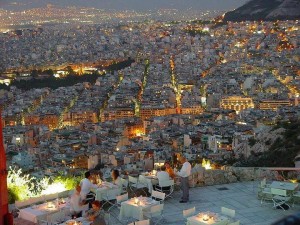 However, the association’s president said that the good news did not represent all of Attica as hotels located close to the center of Athens were still struggling to continue operating.

On his part, the CEO of Athens Airport, Yiannis Paraschis, said international traffic (including unofficial September figures) to the Greek capital increased by 19.5 percent during the first eight months of the year.

“The fact that foreign visitors with Athens as their final destination grew by 29 percent during the first half of 2014 shows the dynamic recovery of our city as a tourism destination,” he said.

In addition, Eftichios Vassilakis, the vice chairman of Aegean Airlines, said that the total number of passengers the airline transported from Athens airport reached 7.8 million during the January-August 2014 period.

Mr. Vassilakis said that he aims for Aegean Airlines to increase the number of destinations it serves from Athens Airport to 100 by 2018.

Amphipolis Dig Fully Uncovers The Pedestals Of The Caryatids