Thessaloniki Mayor Is Up For “World Mayor” 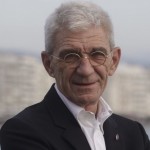 Thessaloniki Mayor Yiannis Boutaris has been nominated for the 2014 World Mayor Prize, an international competition that honors the world’s most outstanding mayors.

Mayor Boutaris will compete with 26 mayors around the world in the competition, which the World Mayors Foundation holds every two years.

The World Mayor Prize is awarded to a mayor who has made outstanding contributions to his and her community and has developed a vision for urban living and working that is relevant to towns and cities across the world.

The 2014 World Mayor Prize will be given to the mayor that receives the most votes through a public voting on the website www.Worldmayor.com until mid-October.

Three Greek Wineries Among The 100 Best In The World