The UK edition of the National Geographic Traveller magazine applauds the grandeur of the Parthenon and the Oracle of Delphi in Greece in a recently published feature entitled “Lost cities: The world’s greatest ancient settlements.”

National Geographic Traveller’s journalist Ben Lerwill traveled to Greece during the summer to visit two of the country’s “key classical sites.” His visit started in “the city that gave the world democracy”: Athens.

“Modern-day Athens remains a singular sight… It’s almost 2,500 years since the celebrated statesman Pericles rebuilt the city after a series of wars with Persia and ushered in its so-called Golden Age. At a time when much of Europe was still scratching around in hovels, he commissioned the lofty temples and neatly proportioned buildings that still capture the imagination today. The Parthenon is, of course, the best known of these…” he notes while describing his experience of visiting the Parthenon. 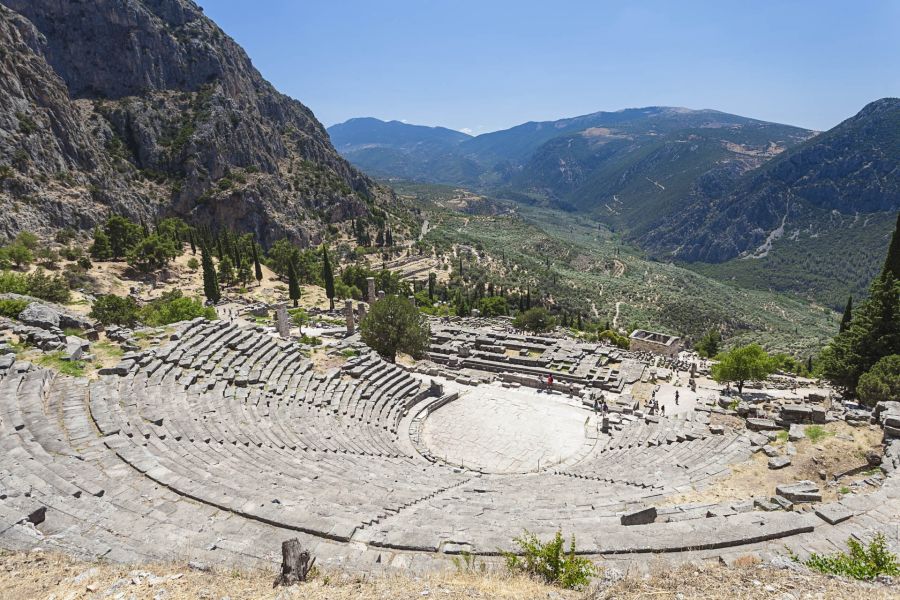 The theatre of Delphi, built in 400 BC. Photo © Anastasios71, Shutterstock

Next, the journalist traveled three hours north of Athens, to visit the archaeological site of Delphi, a destination that for a long time was considered the center of the world.

“For over 1,000 years, leaders, dignitaries and warriors came to this remote spot to present offerings and ask questions of the Delphi oracle, a local woman who, it was believed, acted as the gods’ mouthpiece… There’s no doubting the former splendor of the site,” he informs in his article.

Ben Lerwill’s visit to Greece was supported by Marketing Greece.