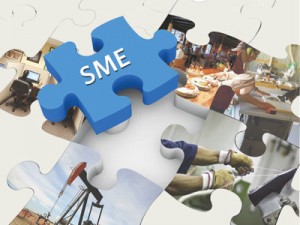 “If SMEs do not thrive in Greece then the economy will suffer,” Horst Reichenbach, the head of the European Commission’s Task Force for Greece, said during a recent presentation in Athens of a Policy Document that formulates proposals and determines specific policy measures in order to tackle the problems of small and medium-sized enterprises (SMEs).

Greek SME’s are currently in the fifth year of the economic crisis and the policy document captures the bulk of what the social partners representing them in the country (GSEVEE, ESEE, UHCC, SETE) want to see changed.

“In a country where 85 percent of private employment is concentrated in SMEs and more than 50 percent in micro enterprises (0-9 employees), a prolonged recession, which is exacerbated by austerity measures and the delay of absolutely vital structural reforms, has affected SME’s profoundly and dipropotionately more than large enterprises,” it is noted in the policy document.

Regarding the SMEs in the Greek tourism sector, the policy document includes proposals of SETE for the creation of a national strategy for small and medium-sized enterprises.

During the presentation it was made known that Greek SME’s are obliged to pay three times as much in start-up costs compared with the European Union average. Over the last three years, as many as 200,000 SME’s closed. The number of workers in the sector dropped by more than 700,000.

The policy document is the joint contribution of the social partners representing the SMEs in Greece, the Union of Hellenic Chambers of Commerce and the European Commission’s Task Force for Greece. It will be presented to the Greek government and to authorities responsible for SME policy and/or the implementation of the proposed actions. The Task Force will make a follow up in six months to see if the key areas mentioned in the report have been brought forward.

“The aim is for this document to be updated every year to depict the real situation of SMEs,” Mr. Reichenbach said.

EASA Allows Use Of Smartphones, Tablets During Flights