Etihad Airways To Enter Markets Of Azerbaijan, Georgia And Tanzania In 2015 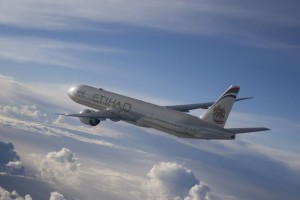 Etihad Airways has announced that it will expand its global route network with the addition of Baku, Tbilisi and Dar es Salaam in the second half of 2015, increasing the total number of new destinations it has announced for next year to nine.

Flights to all three destinations will be operated using Airbus A320 aircraft in a two-class configuration, with a total of 16 seats in Business Class and 120 seats in Economy Class. 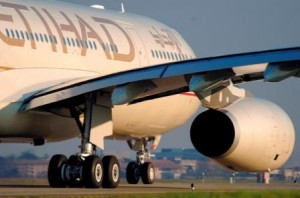 The three latest additions are part of a major international expansion of Etihad Airways’ global route network. As previously announced, the airline will commence services to Phuket (Thailand), as well as San Francisco and Dallas (United States) over the remainder of 2014.

During the first half of 2015, daily flights will commence to the European capitals of Madrid (Spain) and Edinburgh (Scotland), together with the historic state capital of Kolkata (India) and one of the most important business and government centres in East Africa, Entebbe (Uganda).

In addition, Etihad Airways’ existing daily flights to Brisbane (Australia), currently operated via Singapore, will become a direct service from June 2015, offering the first non-stop connection between the city and Abu Dhabi. The route will be operated using a three-class Boeing 787-9 Dreamliner with the airline’s brand new First Suite, Business Studio and Economy Smart Seat.

Etihad Airways’ global passenger and cargo network will increase to 110 destinations following the network expansion. The airline will also continue to increase frequencies on a number of existing services next year.

As part of Etihad Airways’ ongoing fleet development, 14 aircraft are scheduled for delivery in 2015, comprising four Airbus A380s, three Boeing 787-9 Dreamliners and seven A320 family aircraft. The airline currently has a total of 104 aircraft in its fleet, with over 200 additional aircraft on firm order, plus options and purchase rights for 81 further aircraft.