Archaeological Discoveries In Greece Are Important For Cultural Tourism 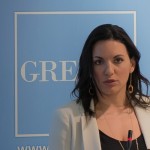 Greek cultural tourism could receive a major boost if important monuments – such as the recently discovered large burial mound in Amphipolis, northern Greece – are handled correctly, Greek Tourism Minister Olga Kefalogianni said during an interview to a Greek TV station.

“We are obviously talking about a very important find and now we are waiting to see the secret of Amphipolis,” she said.

According to Mrs. Kefalogianni, the Tourism Ministry comprehends the developmental dimension culture could bring. “We obviously have an enormous cultural heritage, but we have not taken advantage of it as much and as we should. We have many proposals for the Culture Ministry but unfortunately we are not always heard,” Mrs. Kefalogianni said.

The tourism minister added that such findings are not only Greek cultural heritage but world cultural heritage. “It is our duty to promote them in such a way that we attract the interest of foreign visitors and give the opportunity to local communities to collect multiple benefits from the development of their region’s cultural wealth,” she said.

Mrs. Kefalogianni also referred to the latest data that showed record growth in international arrivals (20.8 percent) and tourism receipts (13.8 percent) in Greece. She highlighted that Greek tourism’s big development over the last two years is a big success that did not happen by chance but due to certain actions carried out by the Greek side and the tourism ministry’s goal for the country to succeed in earning a leading position in world tourism.

“Tourism is not just the success of a sector of the economy, but also a sector that supports and assists the country in its quest for recovery,” she added.