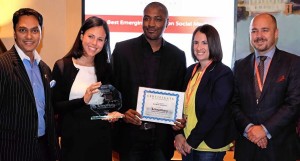 Etihad Airways is celebrating social media success after being named winner of the Best Emerging Airline on Social Media Award at the SimpliFlying Awards 2014, and for having reached one million Facebook fans globally.

The SimpliFlying Awards recognize the best social media campaigns and practices in the aviation industry. The winners were announced recently at a glittering ceremony during the Travel Distribution Summit North America in New York, attended by more than 400 travel and hospitality executives.

A rigorous process of public voting and an expert panel of judges selected the UAE flag carrier as winner of the Best Emerging Airline on Social Media Award, in recognition of the airline’s sophisticated strategy, engaging content, targeted promotions and campaigns, and focused community management over the past 12 months.

Etihad Airways undertook various initiatives on its social networking pages to engage fans and build a stronger bond with them, alongside generating revenue for the airline. The pages provide real-time news updates about the brand, sponsorships, route additions, products and services, special offers and brand-engaging games. 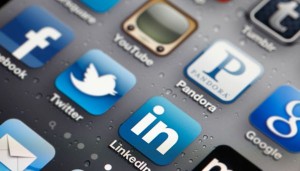 Fresh from its social media achievements and recognitions, Etihad Airways has reached the historic milestone of one million fans on its Facebook page and over 100,000 followers on its Twitter account.

“This award further inspires us to be pioneers in the global travel industry in terms of recognizing and harnessing the power of social media, and telling the Etihad Airways story in innovative ways,” Mr. Baumgartner added.

LinkedIn, the world’s largest professional network on the Internet, recently revealed Etihad Airways as the most influential brand headquartered in the UAE based on engagement among LinkedIn’s membership of 313 million professionals. The ranking follows a number of successful campaigns the airline ran on the platform, taking its number of followers above 120,000. 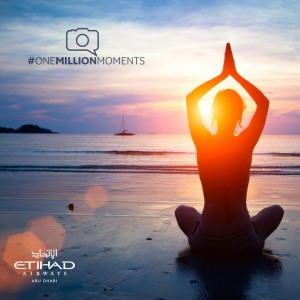 In celebration of the achievements, the airline has launched a #OneMillionMoments social media promotion in which fans can share photos of their memorable Etihad Airways travel moments using Facebook, Twitter or Instagram for the chance to win a pair of Economy Class flight tickets to anywhere on the airline’s flight network. The competition is open until 30 September 2014, after which a panel of judges will choose the best entry. For more information, and to view the full terms and conditions for the promotion, visit Etihad Airways’ Facebook page.

Also, to expand its social media reach further, Etihad Airways has launched a new Pinterest account, which will be used as a destination and inspirational marketing tool. It will allow fans to connect and engage with the airline directly through content on the Pinterest boards, featuring popular destinations across the network, world-class products and services, and exciting travel ideas.