If Greece’s travel industry can extend the holiday season, then it could play an even more important role in Greece’s economic recovery, according to Christopher Egleton, Executive Chairman of Minoan Group Plc, a travel and leisure company.

Minoan Group Plc is currently in the process of getting an investment in the Cavo Sidero peninsula in Lasithi, Crete, off the ground. 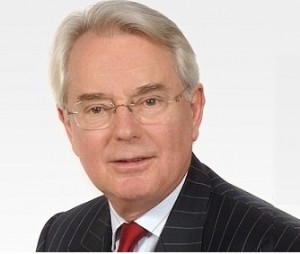 In an announcement, Mr. Egleton underlined that Minoan hopes to set an example with its resort planned for the Cavo Sidero peninsula on Crete’s north eastern coastline.

“If Greece’s travel industry can extend the holiday season by focusing on its cultural attractions as much as its excellent coasts, islands and beaches and can upgrade its tourist assets, then it could play an even more important role in Greece’s gathering recovery,” Minoan Group’s executive chairman responded to Greek Finance Minister Gikas Hardouvelis who recently said he believed investors “see there is only upside potential in the country.”

After six years of recession, this week Mr. Hardouvelis predicted the country will enjoy positive growth for the first time in the third quarter since the financial crisis.

According to Mr. Egleton, one key contributor to Greece’s economic revival has been the travel industry. “Tourist numbers are up and demand is growing again, with 21 million tourists expected to visit this year, almost double the country’s population,” he said in the announcement.

However, Mr. Egleton noted that while the number of holidaymakers coming to Greece boomed over the summer, their spending has not. In 2013 it was down 1.9 percent on the previous year and is expected to show only a modest increase from 650 euros in 2013 to 700 euros this year. In 2000 the average spend per capita was 813 euros.

“Foreign capital is funding many of these luxury leisure and residential developments: about half the hotels and resorts planned are financed by foreign companies. Given that experts anticipate Greece will need to spend 3.3 billion euros annually to meet tourism targets, the time is right for foreign public/private investment,” he noted in the announcement.

The resort planned for the Cavo Sidero peninsula on Crete’s north eastern coastline will include a number of five-and six-star hotels.

Mr. Egleton says that the variety of facilities offered, including a heathland golf course, along with the quality of accommodation, ensures that the site attracts among its clientele, the highest-paying tourists and visitors to Greece.

“Our Cavo Sidero development aims to generate income in the long-term. The project will create 1,200 sustainable jobs, and a further 500 during the construction period, making it a reliable employer and generator of revenues for the locality and for Greece,” he adds.