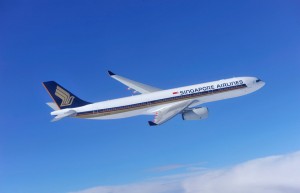 Following a successful summer season this year at Athens International Airport, Singapore Airlines announced on 18 September that it will operate direct flights to and from the Greek capital for Summer 2015.

According to the airline, direct flights will run from 8 June to 8 October 2015 every Monday and Thursday from Athens Airport Eleftherios Venizelos to Shangi Singapore and from there to major destinations of Asia and Oceania, and vice versa. The flights will be served by aircraft Boeing 777 -200ER.

According to Takis Dimitriou, CEO of Asian Aviation, the official representative of Singapore Airlines in Greece, the resumption of direct flights to and from the Greek capital this year served, as expected, a large number of tourists from Greece and the Hellenic Diaspora in Australia, as well as international passengers from Asia who chose to travel to our country for leisure and business.

“Given the positive response and demand of passengers, Singapore Airlines has decided to continue the operation of direct flights from Greece during the summer of 2015,” Mr. Dimitriou added.

Ryanair To Fly To Nine Destinations From Athens In Summer 2015