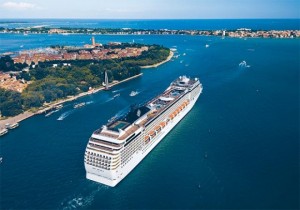 The international cruise industry has seen demand grow by 77 percent in the last 10 years, according to data released recently by the Cruise Lines International Association (CLIA).

Moreover, according to the data, the number of cruise passengers has increased from 12 million to 21.3 million.

During the specific time period, the industry generated more than $117 billion, employing 891,000 workers.

CLIA also revealed that the cruise industry generated some 115 million passenger and crew member visit days at ports around the world. Passengers and crew were reported to have spent an average of $126.93 each port day.

According to the chairman of CLIA Europe and executive chairman of MSC Cruises, Pierfrancesco Vago, nearly 45 percent of the industry’s 2013 global output was generated in Europe.

CLIA’s research showed that 30 percent of cruise passengers (6.4 million) live in Europe while the average length of a cruise is seven days with three to four port calls being made.

Survey: Tourists On City Breaks Shop The Most