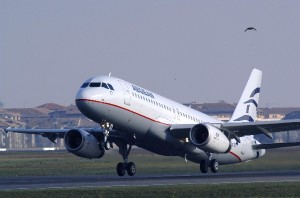 Greek carrier Aegean Airlines will fly to nine additional international destinations this winter compared to 2013, according to its 2014-2015 winter flight schedule.

As announced, during the winter season, Aegean Airlines will continue flights to the eight international destinations it launched this past summer (Stockholm, Copenhagen, Manchester, Zurich, Marseille, Abu Dhabi, Beirut, Amman).

The airline will also resume flights from Athens to Cairo and enhance frequencies on existing routes from the Greek capital (to Barcelona, Berlin, Budapest, Düsseldorf, Geneva, Vienna, Prague, Warsaw, Rome and Tel Aviv).

The winter flight schedule of Aegean Airlines will run from Sunday 26 October 2014 until 28 March 2015.