International Tourism Up By 5% In First Half Of 2014 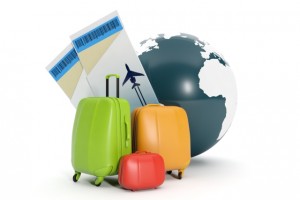 International tourist arrivals grew by 4.6 percent in the first six months of 2014, according to the latest UNWTO World Tourism Barometer. Destinations worldwide received some 517 million international tourists between January and June 2014, 22 million more than in the same period of 2013.

Growth was strongest in the Americas (+6 percent) followed by Asia and the Pacific and Europe (both at +5 percent). By subregion, South Asia and Northern Europe (both +8 percent) were the best performers, together with North-East Asia and Southern Mediterranean Europe (both +7 percent).

“Indeed, despite geopolitical and economic challenges, the number of international tourist arrivals has grown by five percent a year on average since 2010, a trend that has translated into more economic growth, more exports and more jobs,” he added.

So far, results are in line with the UNWTO forecast issued at the beginning of 2014. For the full year 2014, international tourist arrivals are expected to increase by four percent to 4.5 percent worldwide, above UNWTO’s long-term forecast of 3.8 percent per year for the period 2010 to 2020.

Webinar Video – Preparing Your Business To Meet Traveler Trends In 2020

Survey: Tourists On City Breaks Shop The Most