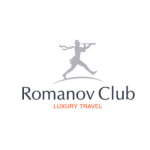 Another 20,000 people or so who have bought tours from Yuzny Krest Travel may not be able to go abroad for vacation, according to Maya Lomidze, Executive Director of the Association of Russian Tour Operators.

The dramatic decline in demand for travel services caused by the consecutive bankruptcies of leading tourism companies in Russia, was the main explanation given by the Yuzny Krest Travel.

Its business has been insured by RESO-Garantiya Company with 100 million rouble coverage until March 11, 2015.

In the summer of 2012, Yuzhny Krest’s owners announced plans to attract a foreign investor, Australian Meiln Bank, which could acquire up to a half of the business. But the deal was never concluded.

In 2013, Yuzny Krest Travel’s earnings were reported at 1.9 billion roubles and net income at 1.7 million roubles.

Webinar Video – Preparing Your Business To Meet Traveler Trends In 2020