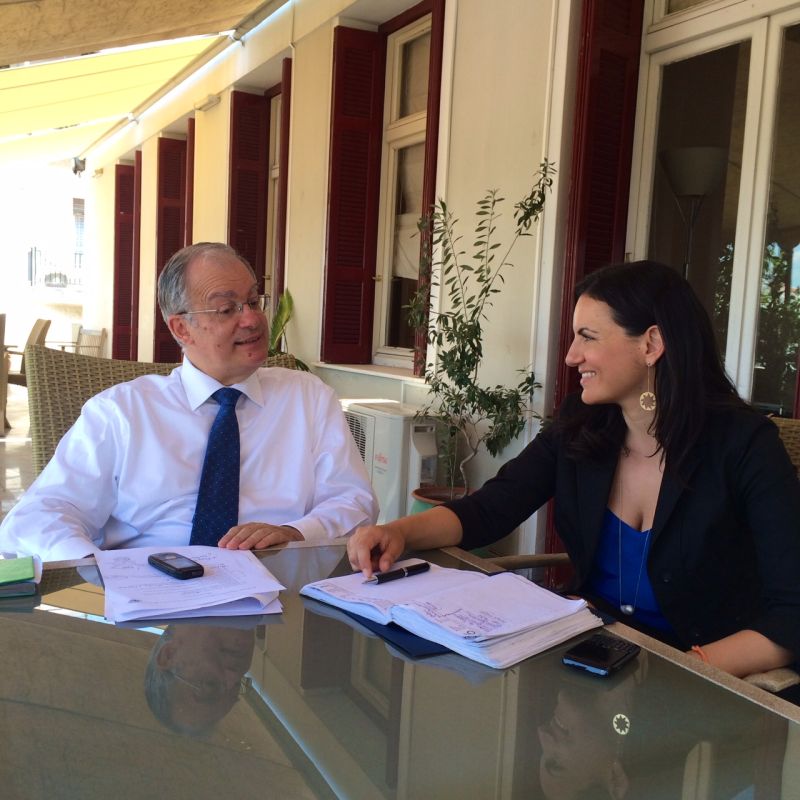 Minister of Tourism Olga Kefalogianni and Minister of Culture and Sports Kostas Tasoulas have agreed upon a series of joint actions to attract international film and television producers in Greece, as well as create mobile apps that will offer visitors a cultural exploration of Greece, its archaeological sites and monuments.

The decision was reached at a meeting between Mrs Kefalogianni and Mr Tasoulas, held at the Ministry of Culture last Tuesday.

Laying particular emphasis on the benefits of attracting international productions in the country, the two Ministers discussed about creating economic incentives and simplifying the bureaucratic procedures for filming.

Mrs Kefalogianni and Mr Tasoulas, concluding their meeting, underlined that a new basis of cooperation was set between the two ministries, with the aim to exploit the comparative advantages of Greece in both the tourism and cultural sectors.