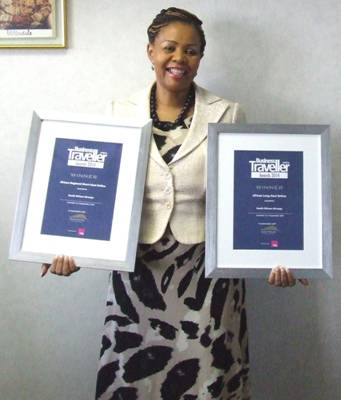 South African Airways (SAA) has once again scooped awards at the 2014 Business Traveller Africa Awards held on Tuesday, 2 September, in Sandton, Johannesburg. The two awards follow hot on the heels of an award SAA won in the Domestic Airlines Category at the 2014 Sunday Times Top Brands Award held last Friday (29 August) in Johannesburg.

SAA came tops in the categories, African Long-Haul Airline and African Regional Short-Haul Airline where we were competing with other regional and domestic carriers operating from OR Tambo International Airport. There were five nominees under each category.

This year SAA received nominations in four categories and did not attract enough votes in the Airport Business Lounge and the Business Class categories where it was also nominated.

Aegean and Ryanair among those interested in buying Cyprus Airways