Women From All Over The World To Flock To Festival On Lesvos, Greece, In September 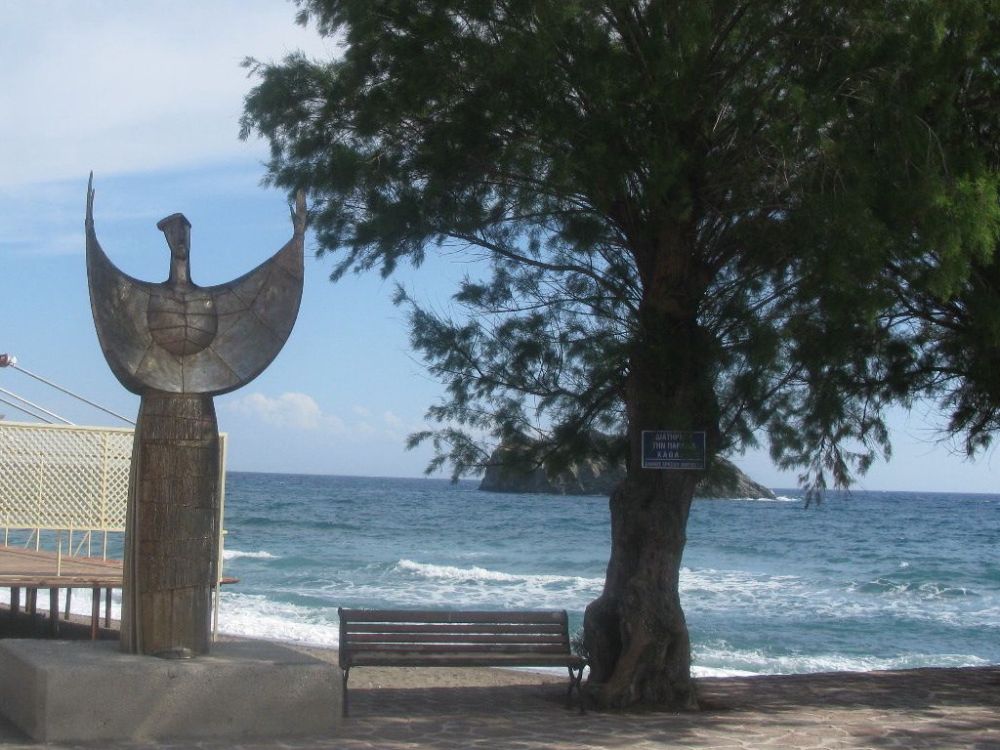 A statue of the seventh century Greek poet Sappho, known for her poems about love of women for women, at the square in Skala Eressos, Lesvos. Photo © GTP

Lesvos will welcome over 1,000 women from all over the world at the two-week International Eressos Women’s Festival 2014 in September.

In its 14th year, the festival, which celebrates the history, culture, achievements and diversity of women, will take place at the gay-friendly setting of Skala Eressos during 6-20 September. The festival was created by Sappho Travel in 2000.

“All women are welcome, included and celebrated here, regardless of their race, age, interests, or sexuality,” the organizers say on the festival’s website.

The annual International Eressos Women’s Festival in Greece is an opportunity for women from all over the world to join in social & creative activities, to make new friends, to network, to learn new skills & share talents, to enjoy a taste of Greek culture, and to simply have a great time. 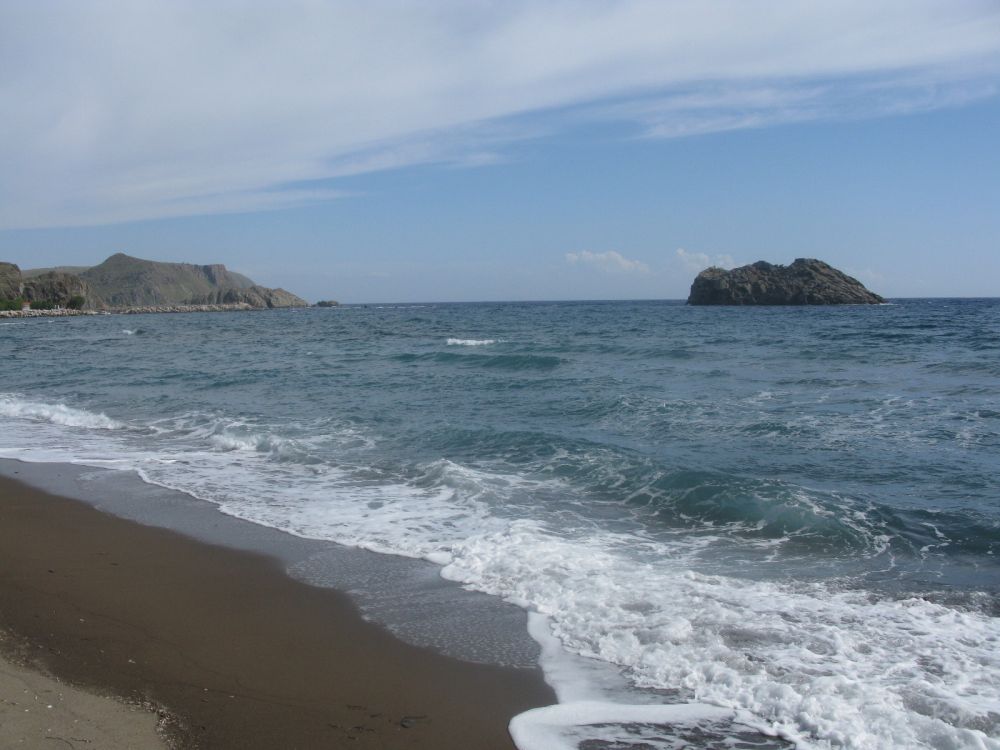 The festival’s opening night will take place at the sandy beach at Skala Eressos. Photo © GTP

This year’s festival will kick off on Saturday 6 September from 8pm tp 3am. The opening night will take place on the open-air stage of Skala’s sandy beach.

“Everyone is welcome, whether visitors or locals, to enjoy the opening ceremony and a line-up featuring a tantalising taste of some of the performers, musicians and dancers who will be entertaining you over the festival fortnight,” organizers Sappho Women say. 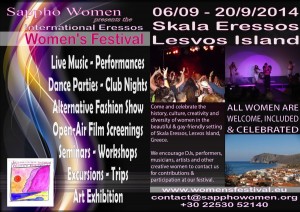 Lesvos has been attracting lesbian holidaymakers since the 70s due to the island’s association with the seventh century Greek poet Sappho. Eressos was the birthplace of Sappho who wrote about her love for women and is generally believed to be the world’s first widely-known lesbian writer.

In September when the festival takes place, hundreds of women throughout the world flock to the island and make up almost 100 percent of the visitors to Eressos village, giving a major boost to the local economy.

According to data released at the ITB Berlin international tourism exhibition in March, the expenditure per capita of gay tourists is 57 percent higher than those of straight travelers.

The share of the global LGBT tourism market is said to exceed 10 percent or 75 million tourists.

“The Game Goes On” At The 79th International Fair Of Thessaloniki, Greece