“Flying Visits” On The Up: Business Travelers Spend Longer In The Air Than At Their Destination

Research conducted by Travelport, a leading e-commerce provider for the global travel industry, has revealed that business travelers frequently spend longer in the air than on the ground when it comes to traveling for business.

This reveals a new trend for “flying visits,” where business people are willing to go the distance to seal that all-important deal, showing the significance they now place on face-to-face meetings. From April 2013 to April 2014, over one million business travelers made a 20+hour round trip to far flung destinations such as China or Japan but spent less than 12 hours in the country.

Travelers flying to the top three most popular long distance destinations for business spent a whopping £3.4 billion (some 4.3 billion euros) on flights last year but spent less than half a day in those countries.

Where are business travelers heading? 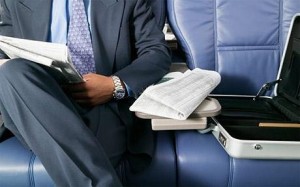 The US (13 percent), Hong Kong (9 percent) and China (6 percent) top the list of long distance destinations people are traveling to for the shortest time, with 50 percent of business people spending 12 hours or less in these countries.

Surprisingly Australia comes in near the top too; with approximately 134,800 business travelers spending less than 12 hours there, despite the 40+ hour round trip from Europe.

Almost one-third of those polled traveled afar to attend an important meeting (28 percent), and 16 percent traveled to sign a business deal in person. The survey also indicated that over 270,000 made a 20+ hour round trip just to hire someone.

Age plays a factor too, although the results from the business travelers surveyed throw out some surprises. Whilst those aged 55+ are more likely to be sent to destinations such as Western Europe and Asia than their younger colleagues, those aged between 18 and 24 are heading off to destinations such as North America, the Middle East and even Japan more frequently than their older peers. 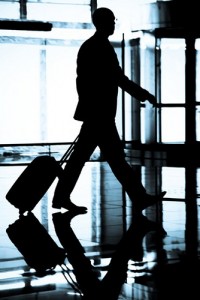 “We’re not surprised that business travelers are choosing to make these ‘flying visits,’ heading to far-flung destinations for shorter stays than before. You can’t beat face-to-face meetings for opening the relationship or closing the decision, as our research shows the majority of people surveyed still choose to fly abroad for important business deals or meetings,” said Damiano Sabatino, Vice President & Managing Director for Western Europe, Travelport.

According to Mr. Sabatino, this held true even during the economic downturn when travel budgets were under strain.

“With business spending set to grow a record 3.4 percent in 2014, we expect to see businesses spending more on overseas trips and client entertaining than we did in the last few years,” he said.

From research, Travelport has come to the conclusion that despite a recent dip in overseas business travel from 2012-2013, 48 percent of business travelers now expect the amount they travel over the coming year to increase, and that the amount of younger business people traveling abroad is growing.

“This shows that despite advances in technology you can make a greater impact and really make those meetings count when carried out in person,” Mr. Sabatino added.