Greece established a high level of visitor satisfaction during the first seven months of the year, according to ReviewPro’s Global Review Index released by the Association of Greek Tourism Enterprises (SETE) on 25 August.

ReviewPro’s Global Review Index is a Benchmark for guest satisfaction in the hotel industry that is calculated with guest review scores from hundreds of the most relevant Online Travel Agencies (OTAs) and review sites worldwide. 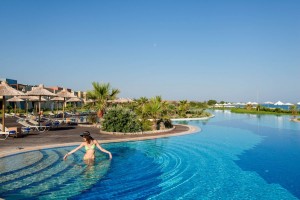 Greece’s customer satisfaction was rated at 84.1 percent for the January – July 2014 period while competing destinations of other countries were rated at 81.1 percent during the same period.

Meanwhile, the price-quality ratio for Greece was also deemed satisfactory at a rate of 82.5 percent compared with 80.5 percent of competing destinations.

The scores were calculated after the processing 82,900 online reviews made by real visitors who had resided at 1,060 Greek hotels of all categories. The results were compared with a similar sample of 486,300 questionnaires of destinations in other countries.

According to ReviewPro, if a destination scores over 80 percent, its performance is considered satisfactory on a global level. The online reviews are mostly positive – although there is always room for improvement.

In an announcement, SETE said that Greece must establish a careful pricing policy in 2015 and further improve the level of offered services.

Through the Global Review Index, SETE is able to track Greece’s performance over time, compare the country’s online reputation to competitors and intervene for the improvement to the country’s tourism product.

ReviewPro is an international leader in online reputation and social media management for the hotel industry. SETE launched a partnership in July with ReviewPro to measure online guest satisfaction of the country’s hotels & destinations.