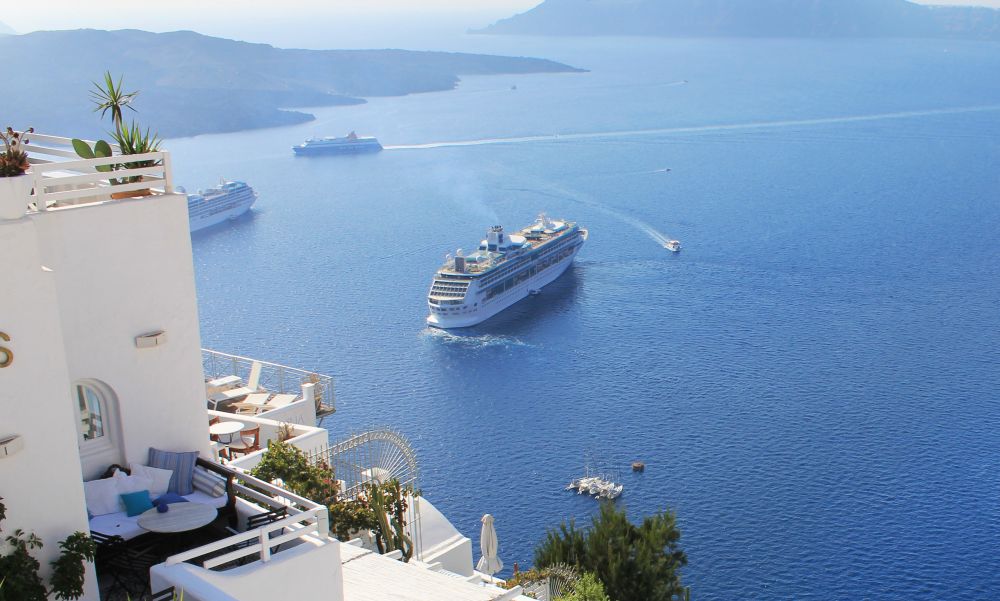 Greece expects record number of tourists this year. However, the future of tourism, which in recent years has created great expectations for the country, may be in danger, a report conducted by Greek newspaper Kathimerini understands.

Cruise tourism professionals say that Greece’s success can easily turn into a nightmare if infrastructure does not reach high levels and satisfy even the most demanding tourists “who are choosing Greece as a destination today, but tomorrow may go elsewhere.”

Kathimerini traveled to two of Greece’s most popular cruise destinations – Santorini and Mykonos – and investigated how the lack of organization and infrastructure can cause serious defamation to even the most popular tourism hotspots.

For example, cruise passengers arriving to Santorini must tender to the docks, which means they take a smaller boat directly from the cruise ship. After arriving, they have to wait on long queues to take a cable car to ascend the cliffs to Fira. Another option is to take a donkey ride, which has proven highly unpopular among tourists.

The funicular was built three decades ago and can transfer only 660 passengers per hour. Cruise ships arriving in Santorini bring from 4.000 to 20,000 visitors a day.

According to Andreas Stylianopoulos, cruise expert and member of the Association of Greek Tourism Enterprises, Greece needs organization, promotion and much better facilities and quality service to maximize profits from cruise tourism.

He added that there are cruise ships so big in size that cannot include Greece on their itineraries due to lack of infrastructure. 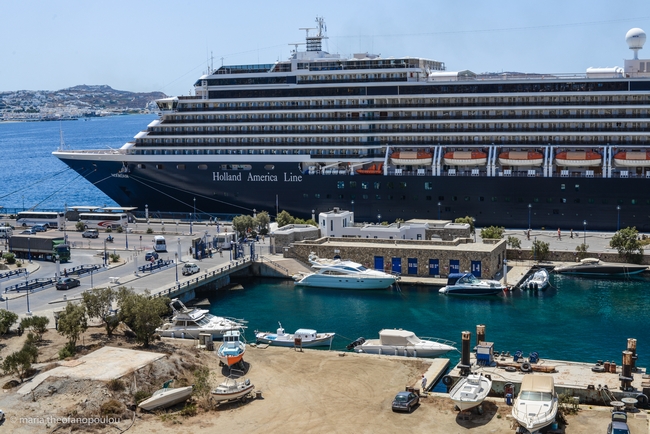 On the other hand is Mykonos, which has a new port but with the wrong measurements. The new port can only accommodate one large cruise ship or two medium-sized at a time. Other cruise ships that arrive to the island – from one to five daily – must anchor outside the port. Passengers are then transferred to the port via smaller boats from the cruise ship.

Although cruise companies give authorities on the island up to two years notice in regards to their arrival schedule, they never receive an answer on where to dock. This results to congestion at the port.

Also, on many occasions, passengers that have just disembarked from a cruise ship at Mykonos have a difficult time getting to the main town since the bus routes and the number of taxis on the island are limited.

Professionals have called on to local government to take action before it’s too late.

Kathimerini was told that without Mykonos and Santorini, no company can sell Greece as a cruise destination.

To read the whole report (in Greek) conducted by Kathimerini, press here.