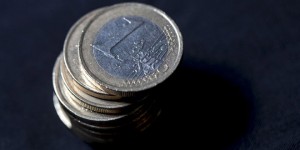 Travel receipts in June 2014 increased by 16.3 percent compared with the same month last year, reaching some 1.986,8 million euros, according to data from the Bank of Greece on the country’s current account balance.

The rise in travel receipts reflected a 13.7 percent rise in non-residents arrivals during the same month.

According to the Bank of Greece, the increase in travel receipts was one of the main reasons for the 1.4 billion euros surplus of the current account balance in June.

In the first half of the year, travel spending by non-residents in Greece showed a year-on-year increase of 13.4 percent, reflecting a 15.6 percent rise in non-residents’ arrivals.

“The surplus of the services balance increased by 394 million euros year-on-year, mainly as a result of higher surpluses of the travel and transport services balances,” the Bank of Greece said.

Tourist Road Arrivals In Greece On The Up