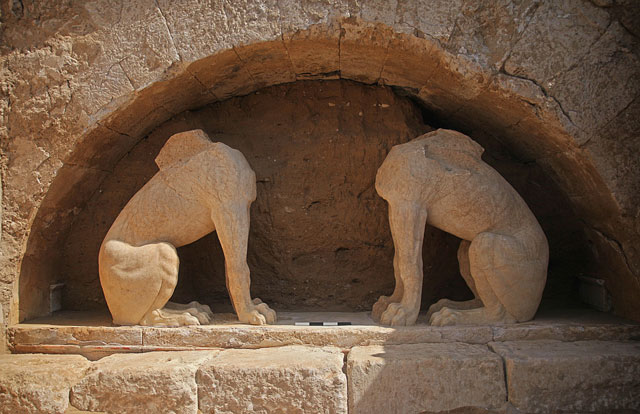 Two Sphinxes found to be guarding the entrance of a recently discovered tomb that dates between 325 and 300 BC in Ancient Amphipolis, Greece, have been totally revealed. 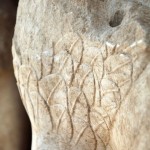 According to an announcement by the Greek Culture Ministry, the Sphinxes, built with Thasian marble, were totally revealed after the removal of 11 stones from the sealing wall. The height of the statues is 1.45 meters and when including the head, their total height would have reached almost two meters. “The plasticity and intricate work of the sculptures that were created in the last quarter of the fourth century BC is apparent on their torsos,” the announcement said.

During the excavation, parts of the wings of the Sphinxes were also discovered along with a part of the back of the Lion of Amphipolis, leading the archaeologists to the conclusion that both creations come from the same workshop.

The Lion of Amphipolis was originally discovered nearby in 1912 and experts believe it once stood atop the tomb. 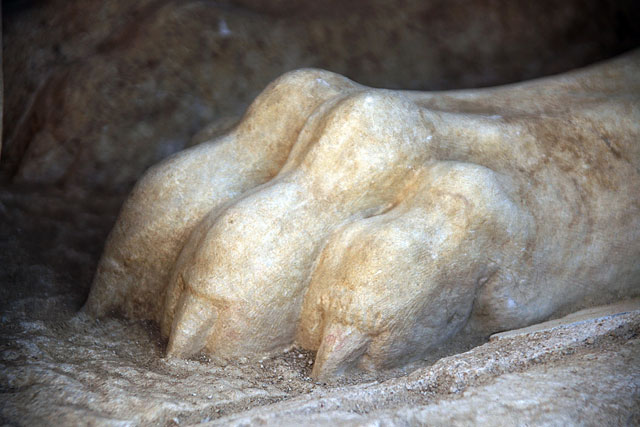 With the removal of soil, a small part of the superstructure of the monument, which bears traces of red and blue colors, was also uncovered.

The Greek culture ministry said that the excavation will continue at the level of the intrados of the dome.