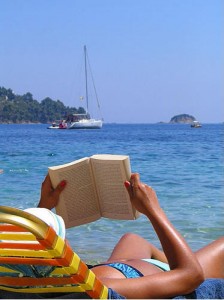 Greece is the most popular tourist destination for Austrians including politicians, the Esteraich newspaper recently reported.

“This year Greece was the leading destination for Austrians, the ultimate ‘number one’ for those who are attracted to the sea,” the article read.

According to the article, among the Austrian travelers that chose Greece as their holiday destination this year were Foreign Minister Sebastian Kurt and Culture Minister Joseph Ostermagier.

The article confirmed all predictions that Greece would be the most popular destination in 2014 for Austrians.

It is reminded that the spokesman of TUI Austria and president of the Austrian Travel Association, Josef Peterleithner, recently told the press that Greece is recording a double-digit growth in bookings this year and at the same time confirming its position as top tourist destination for the Austrians for the second consecutive year.

In addition, according to data from “Ferkerbureau,” a leading travel agency in Austria, Greece is first most favored destination for the 2014 summer holidays of Austrians, followed by Turkey, Spain, Italy, the US and Croatia.

According to the Austrian bank Erste Bank, the spending average per Austrian on a holiday destination this year added up to some 1,100 euros, which is 200 euros more than last year.

Report: Will Tourism Save Greece?